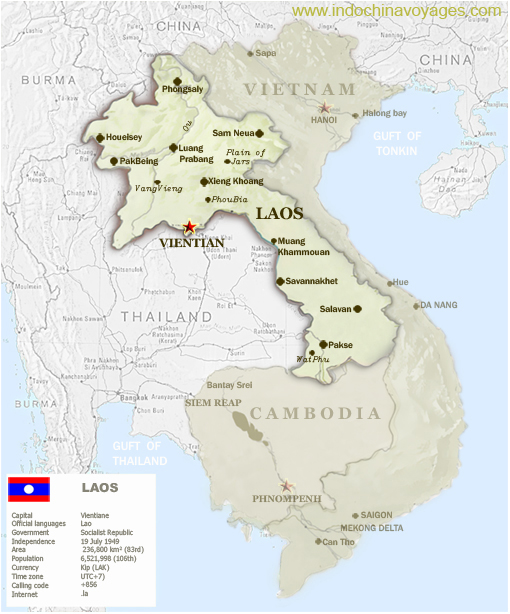 With around six million inhabitants, the small, land-locked country of Laos has the lowest population density in Asia, largely due to its rugged terrain geography. Over 70% of the country is occupied by mountains that make up the name “country of million elephants”. The Mekong River is the country’s heart and housed most of Laos’ people by its banks. Life is still simple with Buddhism’s influence, making its people a bit laid-back and thus makes Laos to be one of the most lovely and hidden treasure destinations for travelers in Asia. 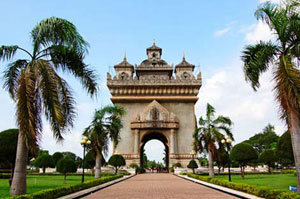 Set along the bank of Mekong river, the capital city of Laos offers relaxing stay for a few days. Travelers will find some beautiful old “Wat” (temple) to explore or hurry up and down the central market for your selection of crafts or hand-made textiles. Others may relish with a drink for the sunset and order a favorite French menu dinner. A forty-five minute drive to the Buddha Park (Wat Xieng Khuan) by the outskirt of Vientiane is also a deserving visit. 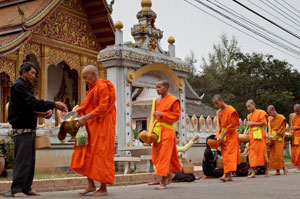 The former royal capital of Luangprabang is really a hidden treasure and truly a place to capture the spirit of old Laos. Nestled in an elbow of the Mekong River and surrounded by bushy mountains, this northern town has long been Laos’ religious centre. Today, it remains a bit untouched with old temples, lovely French-built villas and hospitable locals. Highlights are the night bazzard, the old day Royal Palace or National Museum nowadays, the Buddhist Park on cave (Pak Ou) but an early morning wake up to see the alms giving from locals to the monks from the streets is a must recommendation.

Xiengkhouang – The plain of Jars 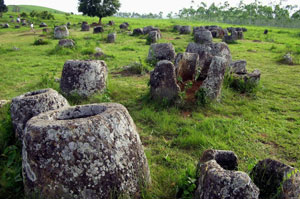 Though many a theory come up, no one really know why hundreds of huge stone jars are scattered several sites in XiengKhouang. Carved from solid rock, most of these jars weight from thirteen hundred pounds to twenty hundred pounds a piece. Legend tells the age of these jars should be 2000 years old but nobody is quite sure about when and traveler can have your own answer with a day strolling around this mysterious area. 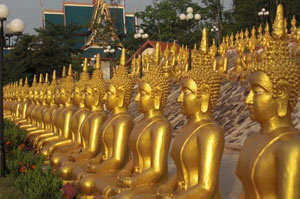 Set by the bank of Mekong river, this southern town of Pakse features French colonial architecture and a colorful market stocked with fresh products grown in the nearly Bolaven Plateau, a highland areas inhabited by a number of ethnic minority groups. Pakse offers you chances to admire WatPhu, a prestige Angkor-era temple complex built between the 6th and 12th century, where travelers will be amazed by its elaborate carves surviving in the ancient ruins. 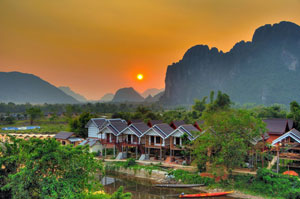 Lies to the north of Vientiane for a hundred and ten miles, the small remote town of VangVieng is a rather unique area than its tranquility. Romantic and stunning landscape set by NamSong river plus a very rustic ambience of the vicinities make VangVieng attractive to many a traveler. Numerous galleries and caves are await for you to be there to explore. Recline your body half sitting and half lying down in a TV restaurant and watching big TV screen like everyone else is also a new experience of your travel.